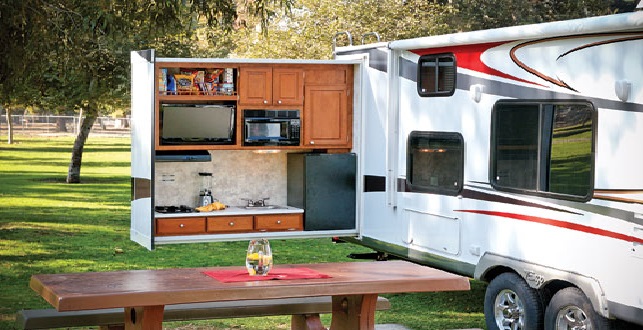 " >
This RV Has a Slide Out Kitchen – Blogunity
Skip to content

Recently spotted this RV feature. It’s a slide out kitchen system unit, and it seems like the sort of things that could be implemented on a wide variety of vehicles, including motorhomes, fifth wheels and other trailers, and even semi tractors with sleeper units. Why? Because this RV idea doesn’t take up very much space.

It’s more like a drawer than what we usually think of when we consider large RV slide outs. On the one hand, it only takes a couple feet out of your interior living area. On the other hand, though, there’s no reason this can’t be the wall of your RV inside your RV / semi tractor sleeper as well.

The one in the photo above has been added to a Laredo (by Keystone) model trailer.

These types of thin kitchen slide outs — also called “outside kitchens” — seem to be a relatively new thing in RVing. They’ve been showing up on toyhaulers, but I have yet to see a trailer manufacturer that is pushing them as part of one of their models.

Some day, perhaps the body of an RV or semi sleeper might be just a chest of drawers of compartments that can slide out on in, allowing for various functionality, maximizing vehicle space.

I’ve also seen smaller outside kitchens in Elkridge and other fifth wheel makers, but those ones are more just horizontal outside compartments filled with kitchen gear, rather than the narrow, dedicated slide out you see in the image above.

What do you think of these things? Good idea? Looks good but might have drawbacks? Also, I’m pretty interested in what the owner-operator truck drivers out there think about possibly putting these in their sleeper units? 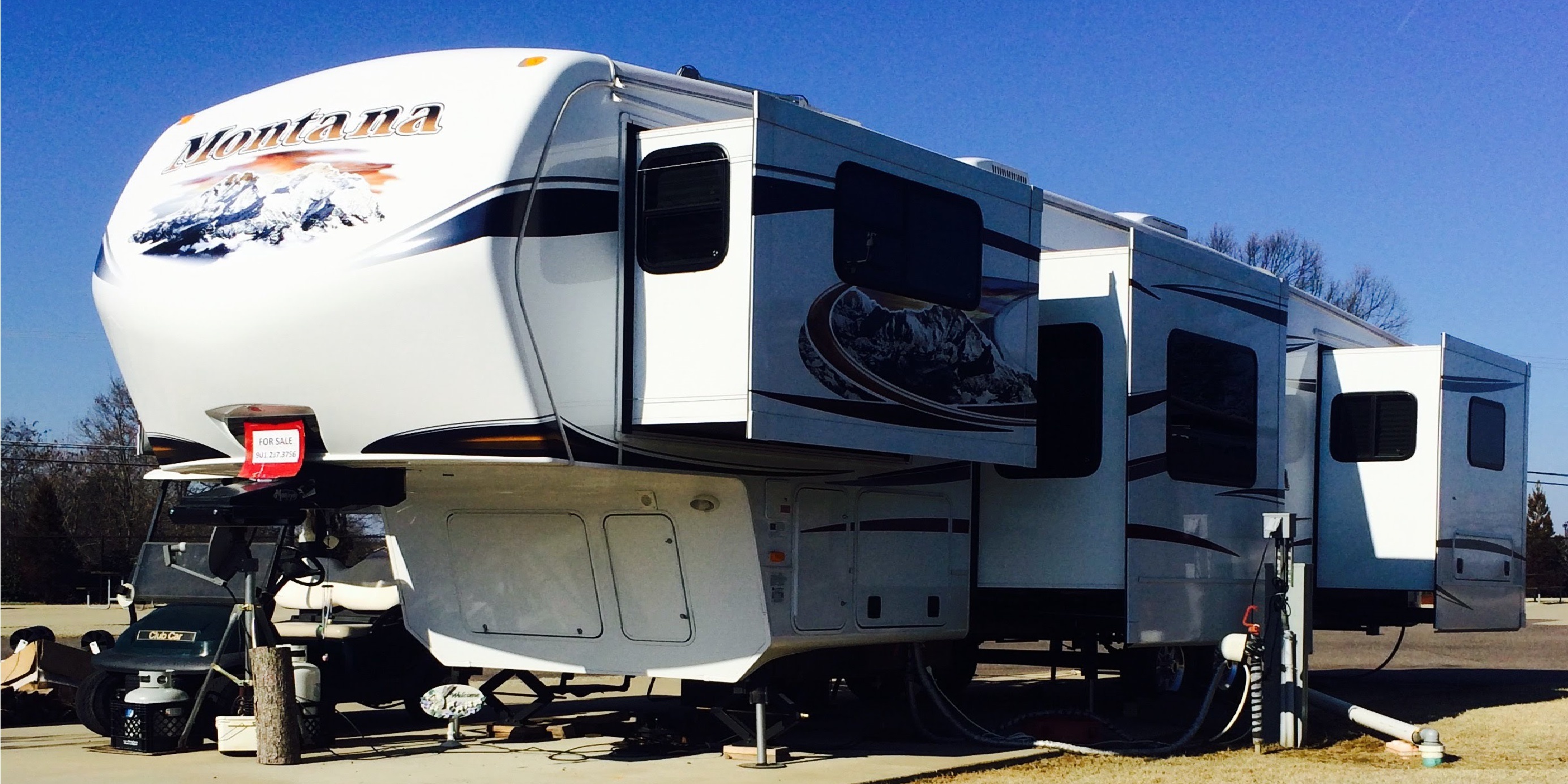 A Fifth Wheel with 5 Slides! 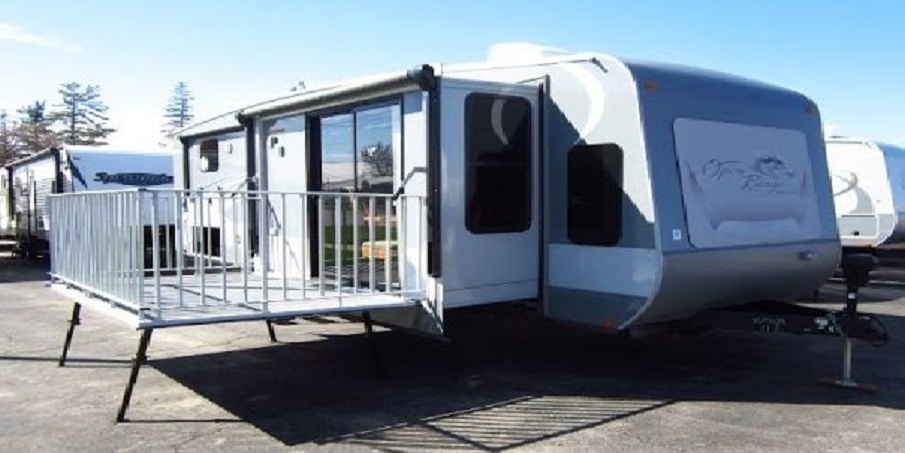