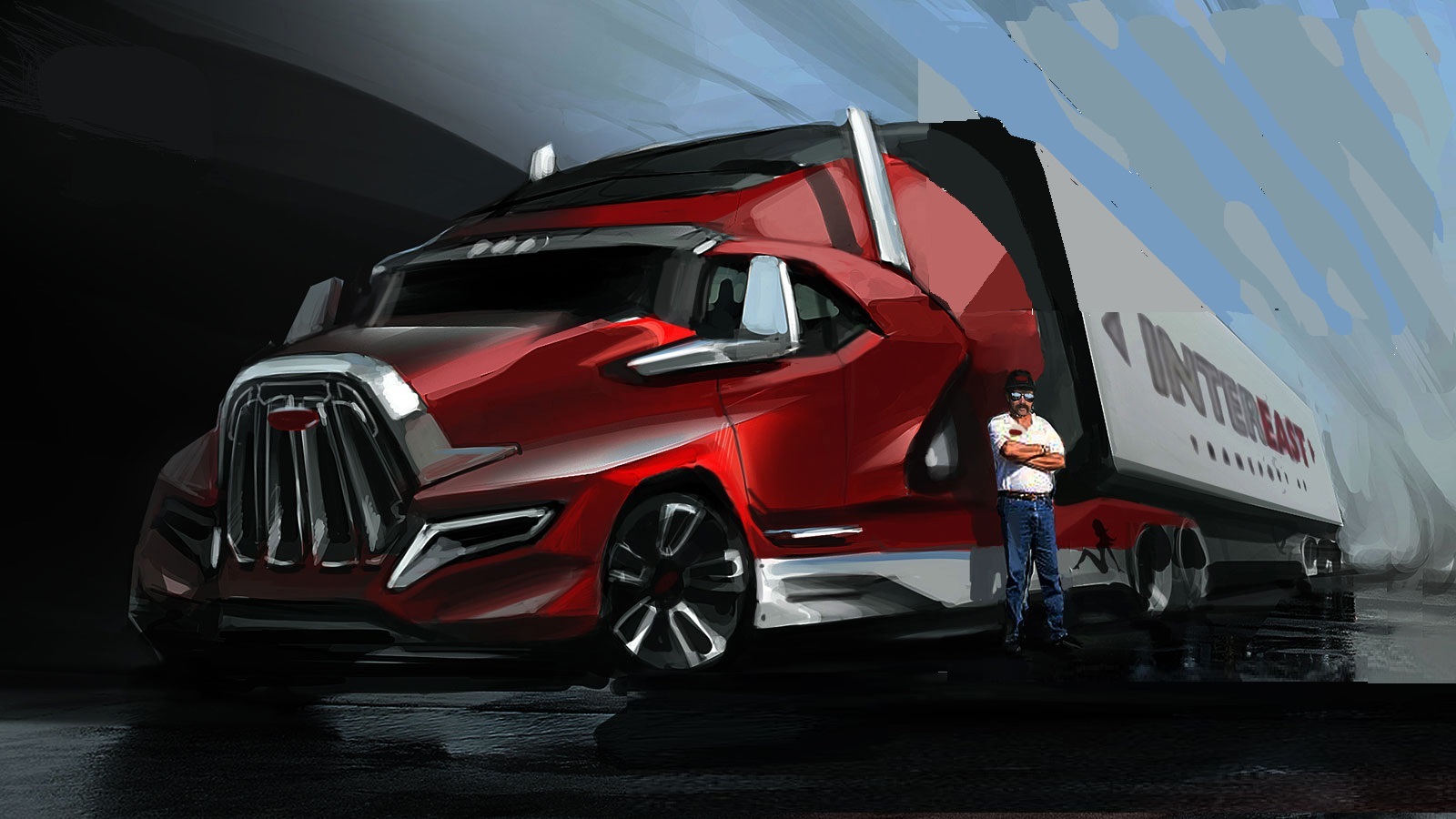 This future semi truck design is for Peterbilt, and is based on their modern conventionals, but with quite a bit of diversion from the standard models, as you can see. It looks actually like its been updated by a designer who’s accustomed to working on modern SUVs, pickups and cars. Look at the large full pieces involved in the body — almost plastic cutouts — for the rearview mirrors, the lining for the headlights, farings, and other large parts of this exterior. Find a Semi Truck that is within your budget. As tempting as it is to spend all of your money on the latest vehicle, when you find out that you don’t have enough money to maintain your vehicle, it won’t be worth it. But there’s no harm in admiring it from a distance.

The other thing you might have noticed — or might not have — from the photo… the sleeper unit for this semi is basically “of a part” with the cab and engine. It’s barely noticeable, because the lines flow into it starting right from the tip of the nose.

This is the third Peterbilt concept design trucks we’ve featured here, but the first conventional. It’s by the hand of the Rainy’s Truck Parts website blogger (who didn’t add his name to it — who are you, designer? Let us know so we can put your name in here for your truck).

This custom semi truck design is called “RIG 2” by its designer. It’s based off, as you can guess or compare to the picture, the Class 8 Peterbilt conventional, which is considered somewhat of an icon in American culture.

Peterbilt got involved in this design contest with the aim of manufacturing a more fuel efficient semi. It is also designed to be safer for both the driver and other commuters. At the moment, if a car gets into a collision with a truck then it can lead to catastrophic consequences. The people in the car could have their lives drastically changed and would need to contact someone like this truck accident lawyer Abilene for help getting compensation. But it is hoped that these future designs can reduce the damage caused by these trucks.

We get to see all these future semi design concepts because Peterbilt and The Forge Software (used to design all kinds of things, including large trucks). It was all hosted on the Local Motors site, but for some reason, the design submissions aren’t available at the links anymore. If anyone has them, let us know.